Work Off Those Holiday Calories 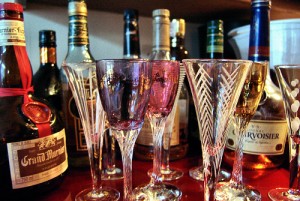 New Year resolutions can be hard to keep. And unless one is equipped with resolves of steel, what is probably harder still is holding back on the Christmas feast – the turkey, the stuffing, the fruit cake, the pudding, the drinks.

Where does all this holiday binging leave us come New Year’s day? Feeling bloated with too generous a spread around the midriff, and an utter wreck. It’s an oft-told story.

But all is not lost. Redemption is at hand, provided we have a sufficient quantity of determination and willpower. And yes, this is where those elusive resolves of steel will come in handy.

Exercise is always a good thing to start off with but if one was not already putting in any time at the gym prior to the festive season, then freelance personal trainer Alex Hose recommends starting slow.

“Two to three times a week, just light cardio or running and bike cycling. Maybe some light weights, one set per body part,” he advises. “Twenty repetitions, then build up from there. You don’t want to start off doing too much,” he cautions.

Gradually, this can be built up to two to three sets per body part, he says, and the cardio-vascular exercise can be increased up to 30 to 40 minutes for general fitness.

Mr Hose, however suggests that people try to do something that they might enjoy. “A lot of people go to the gym and then they get bored and might not go back,” he says.

In these cases, he recommends classes that are usually done with lots of other people around, like circuit classes or aerobic classes, so that people can give each other encouragement.

But exercise alone is often not enough to get back on track. “When you start exercising you feel better and you should take more care about what you eat,” Mr Hose advises. The first thing to do is to cut out the junk food. “You don’t have to go to McDonald’s everyday.”

According to registered dietician Liza Chan the important to remember when trying to lose weight is not to crash diet. “Get back to eating the quantity that is good for you. Keep it low in fat and find the right balance for you.”

She cautions against going on a strictly fruits or vegetable diet. “This might lower your metabolism but the weight lost will come back again,” she explains. “If people gain weight, they need to just be patient and lose it gradually over time.”

A one to two pound loss per week would be a reasonable expectation. “Stick to the food pyramid, have something from the carbo group, some lean protein, one to two low fat dairy portions and fruits and vegetables and reduce portion size in a balanced manner,” she advises. 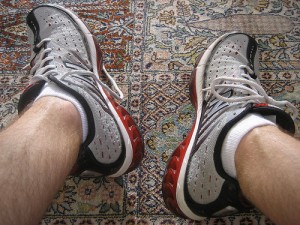 “Remember, energy in equals energy out. If you gain weight you are either eating too much or not moving enough,” Ms Chan adds.

I-Spa over at Intercontinental Hotel has two specific spa treatments for people who have over-indulged. Sodashi, a detoxifying marine body wrap uses green clay, sea algae and plant essences to detoxify the body and condition the skin.

“It is a good complement to a detox diet and exercise,” says Tracy Lord, spa director at I-Spa. “A lot of chocolates and candy will make the skin look dull. This helps to clear both the inside and the outside.”

Another I-Spa therapy is the M6 high-tech treatment machine that works on fluid retention and cellulite. “It’s a vacuum head that uses lymphatic drainage motions all over the body to gently suck up the fatty deposits,” explains Ms Lord.

“It is good for getting the circulation moving again,” she adds.

When it comes to too much alcohol, Ms Chan recommends matching the alcohol intake with an equivalent amount of water. “For every glass of alcohol drunk, drink a glass of water,” she says. “This helps to get the alcohol out of the system.”

But as with everything, moderation is called for. “Save the calories for big days. Prevention is always better cure,” Ms Chan says.

And a final word of wisdom from Mr Hose: “Listen to what your body says. If you can’t do something, don’t do it, don’t push it. Always listen to how your body responds,” he says.