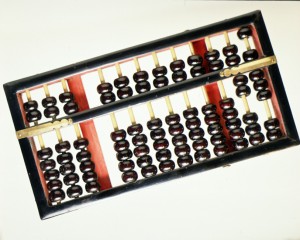 When an early IBM computer was put on display at the old Radio Show in London’s Earl Court during the infant days of computing, someone had hung next to it an abacus framed in a glass cage with the message “In case of failure, break glass”.

The sense of humour evident in this anecdote is hardly surprising. The 2,000 year old abacus is regarded as the first computer and was used as the mathematical model for early electronic computers. The title of the book “The Universal History of Computing: From Abacus to Quantum Computers” by former math teacher Georges Ifrah, acknowledges the role of the abacus as the starting point for the development of the powerful computers that we now use daily.

The abacus, or suan pan, is believed to have been invented by the Chinese, with its earliest documented appearance in a book by Chinese astronomer and mathematician Xu Yue called “Supplementary notes on the Art of Figures” in 190 AD. During the Song Dynasty (960 – 1127) court painter Zhang Zeduan painted his famous long scroll “Riverside Scenes at Qingming Festival”, showing an abacus lying beside an account book and doctor’s prescriptions in an apothecary.

Today the unique clickety-clack noise of the abacus can still be heard in many small businesses and restaurants in Hong Kong and China. Shopkeepers, especially those of the older generation, find it faster and more natural to be flicking their thumbs and forefingers up and down to manipulate abacus beads than pressing buttons on a calculator. And in cases of power failure, the trusty old abacus carries on working.

Extensive use of the abacus in Russia, where it is called a schoty, prompted a computer buyer there to remark, in 1997, that the same store where one can buy a Pentium computer, computes your bill using an abacus – a case of comical irony.

Perhaps it is the feng shui aspects of the abacus that makes some people reluctant to part with it. In the old days businessmen would not do business without having an abacus because they believed that by hanging an abacus over the shop door, more customers will enter; and by placing the abacus on the cash register, they will increase their sales.

This ancient calculating device can be used not only to add, subtract, multiply and divide but also to calculate more sophisticated mathematical problems like fractions, square roots and cubic roots, all of which are taken for granted on the calculator. The suan pan has two decks: the upper deck consists of two ‘heaven’ beads per column and the lower deck has five ‘earth’ beads per column.

Users of the abacus and users of the electronic calculator are fond of challenging each other to determine which is the faster instrument, and competitions to this end are held regularly in Hong Kong. In most cases, the abacus wins.

One early celebrated contest was held in Tokyo in 1946 between a Japanese postal official using the Japanese abacus, called the soroban, and an American soldier, using the modern electric calculating machine of his time.  Except for the multiplication sums, the soroban won, leading the US Army Newspaper, Stars and Stripes, to comment: “The machine-age tool took a step backward….as the abacus, centuries old, dealt defeat to the most up-to-date electric machine being used by the United States government.” 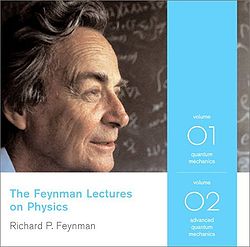 Sometimes the abacus also loses out to the lateral-thinking, award-winning mathematician, with or without a calculator. One day in Brazil, influential American physicist and Nobel Prize winner, Richard Feynman, was challenged to do speed calculations by an abacus salesman.

Using only pen and paper, Feynman was beaten in addition and multiplication and tied doing division. But when it came to cube roots, Feynman realised that the harder the problem, the better were his chances of winning. While the salesmen was furiously clicking away to get more decimal places, each getting harder and harder to arrive at, Feynman used approximation and his understanding of numbers to get the answer, leaving the salesman sweating away.

Today, children are sent for abacus classes by their parents in the hope that it will make them proficient in mental math calculations. In India, the Chinese abacus is used to help children develop both sides of their brains. This whole-brain approach is preferred because children are trained not just to think logically and analytically, a function of the left brain, but also to be creative, intuitive and in touch with their feelings, which is a function of the right brain.

In Hong Kong, a math teacher trains his students to calculate using an abacus. Once they gain competence, he removes it and encourages the pupils to solve complicated math problems using their fingers as if the abacus were still there. During tests, these students have proven that they are faster than electronic calculators.

Still, with so much number-crunching power now resident in a tiny computer chip, abacus usage is in decline. Hong Kong schools stopped teaching abacus arithmetic in the late 1960s. In China, accountants and financial staff used to have to pass graded exams in abacus arithmetic before they were qualified, but this requirement was replaced by computer-based accounting a couple of years ago.