Browse: Home / The Winds Of Change

The Winds Of Change 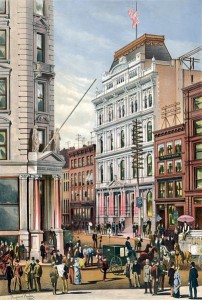 Since the mid-1800s when the idea of pooling money together for investing purposes originated in Europe, mutual funds have grown to become the gargantuan industry worldwide that it is today and one of the key contributors to national wealth.

According to data from the Investment Company Institute (ICI), the trade association of the American mutual fund industry, as at the end of the second quarter last year, there were about 63,200 mutual funds in 41 countries, together managing a total net asset value of US$24.3 trillion.

In the US alone, mutual funds managed a massive US$11.4 trillion worth of assets, almost the equivalent of the US’ gross domestic product (GDP). European funds made up US$8.62 trillion or 35 per cent of total assets worldwide, while Asia/Pacific and Africa contributed about US$3 trillion or 12 per cent of global total assets.

Not only did equity fund assets make up the bulk of total fund assets, at 49 per cent, equity funds turned in the best performances among all mutual fund categories for the third consecutive year last year. Lipper, the New York-based fund performance tracking company, said that equity funds returned 16 per cent in 2007, and of these, China funds gave the best returns – an average of 55 per cent last year.

In the US, one of the largest contributors to the growth of the mutual fund industry has been individual retirement account (IRA) provisions added to the US’ Internal Revenue Code, which gives tax benefits to individuals, including those already on pension plans, for contributions of up to US$2,000 a year. Mutual funds have become popular investment vehicles for several types of IRAs.

Meanwhile, socially responsible investing (SRI), an investment strategy that strives to maximise both profit and social good, seems to be taking off in a rather big way in both Europe and the US. Mutual funds screened in one or more social or environmental criteria represented US$179 billion in total net assets in 2005, up from US$12 in 1995.

Socially and environmentally-screened mutual funds have experienced substantial growth in the number and diversity of the products and screens offered, according to a 2005 industry trend report compiled by the Social Investment Forum, a US-based industry association dedicated to promoting SRI.

Governments and fund management companies have been increasingly investing in renewable energy resources, waste management and alternative fuel options for the combustion engines found in vehicles. Financial institutions have created innovative products that invest in companies that help improve worsening environmental conditions, such as climate change and depletion of the ozone layer.

According to Lipper FERI, a London-based mutual fund research firm, about ₤8 billion of eco-friendly equity funds were raised in Europe in the first three quarters of 2007. This compares with only ₤4 billion for the whole of 2006. 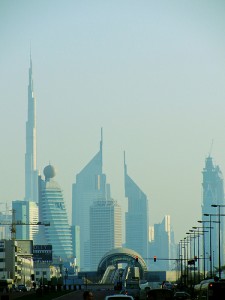 Another potential high growth area lies in Islamic funds. While the Gulf Cooperation Council countries of Bahrain, Kuwait, Oman, Qatar, Saudi Arabia and UAE, have a total oil export revenue that was estimated at US$350 billion last year, current personal wealth in the Middle East is estimated at around US$1.5 trillion. The global Muslim population, meanwhile, is expected to grow to 2.5 billion people over the next 20 years, making up 30% of the world’s population.

If current annual cumulative growth rates of 12-15% continue, global Islamic funds are expected to reach US$25 billion by 2010. In line with Malaysia’s aim to be a global Islamic financial hub, there has been a proliferation of Shariah-compliant equity funds and sukuks or Islamic bonds, with the issuance of sukuk quadrupling to more than US$26 billion from 2004 to end-2006.

Also, as part of the country’s move towards becoming an Islamic financial centre, the MyETF DJIM25, Malaysia’s first national exchange traded fund (ETF), was listed on Bursa Malaysia on 31 January, the third ETF to be listed on the stock market so far.

Managed by i-VCAP Management Sdn Bhd, a wholly-owned subsidiary of the state-controlled Valuecap, set up in 2002, it tracks the movement of the Dow Jones Islamic Market Malaysia Titans 25 index comprising the 25 top shariah-compliant companies on Bursa.

The launch of MyETF supports the Prime Minister’s call last year for government linked investment companies (GLICs) to sell a portion of their portfolios in exchange for units in new ETFs, collectively having an initial fund size of RM3.5 billion, in order to increase liquidity and free float in the stock market, both key components of international ratings for a given market.

In addition to the MyETF DJIM 25, the government is understood to be looking into the possibility of launching more national ETFs in the future.

Data from the Securities Commission show that, as at 31 December 2007, Malaysia had 39 fund management companies offering 521 approved funds and managing a total net asset value (NAV) of funds of RM169,414 billion, accounting for 15.32% of the market capitalisation of Bursa Malaysia. This was up from 38 fund management companies, 416 approved funds and RM121,726 billion of NAV, accounting for 14.35% of Bursa’s capitalisation, the year before.

A main driver of growth in Malaysia’s unit trust industry in 2007 was offshore funds. In a move that was widely applauded by the local unit trust industry, Bank Negara Malaysia (BNM) last April raised the ceiling for funds permitted for offshore investment to up to 50% of NAV for unit trust companies and fund management firms, both up from 30% previously.