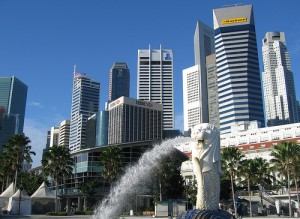 At the height of the Asian financial crisis in 1998 when its fund management industry was struggling with a difficult investment climate, the Singapore government introduced a slew of incentives and reforms in an effort to turn the republic into a premier fund management hub in Asia within five to ten years.

The idea was to attract more internationally reputable fund management companies to set up operations in the country. Singapore wanted to become a centre for managing the Asian investment portfolios of both Asian and Western clients, and to manage the global investments of Asian clients.

Among the reforms were those geared towards liberalising the unit trust industry and increasing the pool of domestic funds available for professional management. Approval procedures for new unit trusts were streamlined and made more transparent, cutting down approval time from 2-3 months to 4-6 weeks. Restrictions on unit trusts savings plans were also scrapped. Regular savers no longer needed to contribute a minimum monthly amount, which paved the way for the lower income group to invest.

As a result, the unit trust industry in Singapore grew from S$1.2 billion as at end-1994 to reach S$14.1 billion by end-2002. In response to globalisation, product innovation and technological advances in the financial services industry, the government further relaxed unit trust sales in 2002, by allowing funds domiciled in an offshore jurisdiction to be offered for sale locally to the general public. More than 50 foreign domiciled unit trusts were registered for sale in the Singapore retail market in 2003.

In its latest 2006 Singapore Asset Management Industry Survey, the Monetary Authority of Singapore (MAS) said that total assets under management (AUM) invested in unit trusts had reached S$30 billion by 2006, with a total of 374 collective investment schemes (CIS). 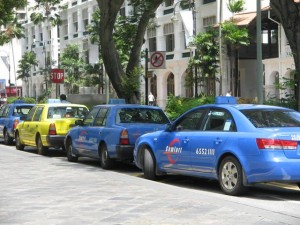 CPF money was recognised very early on as a source of funds that could help promote the fund management industry in Singapore and attract global fund managers to set up shop in Singapore. In 2006, CPF-approved unit trusts accounted for the bulk of CIS investments at 69 per cent of total CIS AUM, the MAS survey added.

Last year, bringing fees down was a hot topic in the Singapore fund management industry with the CPF board showing the way. The board announced in December 2006 that it would be implementing a cap on fee charges for new investments in funds that use CPF monies. Sales charges will no longer be allowed to exceed 3 per cent from July 1, 2007; while annual total expense ratios will be capped at between 0.65 and 1.95 per cent, depending on how risky the fund is, from this January 1.

Funds that are unable to meet these fee limits will not be permitted to take in new CPF monies and investors who are already committed to these funds can either leave their money where they are or switch to other CPFIS funds, at no cost to them, within a stipulated time period.

The Investment Management Association of Singapore (IMAS), a representative body of investment managers, set up in 1997, to spearhead the development and growth of the fund management industry in the republic, said that it expected about 30-40 per cent of CPFIS funds to be pulled out from the scheme by this year.

Meanwhile a Lipper Insight Report on Singapore Fund Flows reported that in 2007 the Singapore unit trust market recorded a robust aggregate inflow of S$5.581 billion, up considerably from S$2.058 billion in 2006. 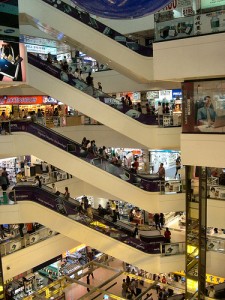 With markets generally experiencing great volatility last year, fund managers in Singapore agree that investors here are becoming more resilient when faced with market corrections. They are better adapted to the changes in the market, they said – a sign of growing investor maturity.

New funds launched in Singapore last year tended to be more thematic in nature, for example, there were funds based around resources, commodities, environmental change and the Middle East region; again signalling increasing maturity and sophistication in the Singapore unit trust market.

In an effort to attract more large players to set up shop in Singapore, the MAS last year did away with the 80:20 rule, which required that non-Singaporeans make up at least 80 per cent of investments in a fund for it to be tax exempt. With the abolishment of this rule, as long as certain conditions are satisfied even if there is only one non-Singapore person investing, the fund will be exempt from tax.