Browse: Home / Extended Use of PC Can Lead to RSI

Extended Use of PC Can Lead to RSI

The International RSI Awareness Day was set up because millions of people worldwide are finding that work does hurt, and in ways that can be crippling, debilitating and emotionally devastating.

RSI or repetitive strain injury often starts off as little niggly discomforts like neck pain, aching shoulders or numbness that are easy to ignore.

Early localised pain can migrate to other parts of the body and if left unattended for extended periods could cripple the sufferer for life. He may soon find himself unable to perform simple everyday tasks such as dressing, brushing the teeth, cooking and opening a door without feeling excruciating pain.

RSI has been on rise since the introduction of the IBM personal computer in 1981. According to the US Bureau of Labour Statistics, RSI accounted for 18 per cent of all occupational illnesses in 1981. In 1998 it made up 66 per cent.

Not that it’s a new thing that is peculiar to the computing age. In 1911, 60 per cent of British telephone operators developed telegraphist’s cramp, and the psychological aspects of that physical suffering led to the use of the term ‘nervous breakdown’. 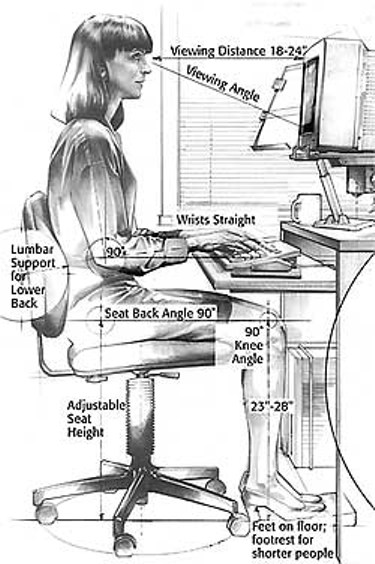 Computers, though, have contributed greatly to RSI by increasing the number of tasks possible at the workstation and thereby reducing the number of natural breaks. Mouse use, which forces the repetitive use of one finger, is also a big culprit.

RSI, sometimes called Cumulative Trauma Disorder or Occupational Overwork Syndrome, is an umbrella term that covers all sorts of soft tissue injury that are caused by making the same movements over and over again.

It can affect people in all sorts of jobs with repetitive motions ranging from factory assembly line staff, musicians, knitters and weavers and, of course, those who work a large percentage of the time in front of a computer like graphic designers, journalists, stock traders and secretaries.

RSI costs employers a lot of money. US Bureau of Labour statistics estimate that in 1993 workers compensation paid out for RSI-related injuries exceeded US$20 billion. Throw in all the other indirect costs of lost work time and productivity and re-training, and the figure goes up to US$54 billion.

Employers, therefore, have a strong economic interest in making sure that the work environment is ergonomically suitable, although much more than just ergonomics is needed to keep RSI at bay.

While the onus may be on the workers themselves to do basic common sense things like take frequent breaks, keep fit, take their vitamins and have relaxation strategies while at work, employers can contribute by making available on-site treatment methods.

One such case in point involves Rolfing, a deep-tissue manipulation technique that helps free the tight connective tissues of the muscles thereby realigning the body to function more effectively.

In 1992 US-based custom hearing aid manufacturer Starkey Laboratories brought in rolfers to work with staff who complained of RSI symptoms and who requested Rolfing intervention.

RSI, while relatively easy to prevent, is much harder to cure. Remember to take frequent breaks. Change your sitting position every 15 minutes or so.

Take an active break every 30 minutes. Do something other than keyboarding: go and get a drink of water, answer the telephone, do a stretch or a simple exercise, take a walk.

Take microbreaks every five minutes or so. Look up from the screen and focus on something about 20 feet away, close your eyes for a while, do a stretch in your chair.

If you feel any pain, tingling, coldness, stiffness, loss of flexibility or any signs that might signal RSI, do not ignore it. Seek professional help immediately. There are a variety of treatment methods available; the efficacy of which varies from person to person.

Repetitive Strain Injury sufferers can be helped, although the recovery process could be long and painful. The key is to catch it at the first onset of the symptoms, before they become chronic. The sooner RSI is treated, the faster is the recovery.

Here are some treatment methods that may be helpful to consider. 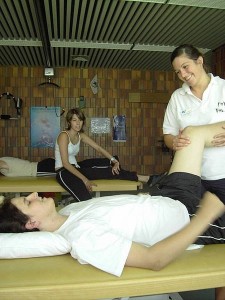 This is probably a good starting point for treating RSI. In the early stages of RSI, physiotherapy may be effective in alleviating the pain and in increasing the range of motion in the back and limbs.

Physiotherapists employ a range of core skills including manual therapies like manipulation, mobilisation and massage; therapeutic exercises and electrical treatment like electrotherapy and ultrasound to treat RSI symptoms. Hydrotherapy or the use of ice packs may also be recommended to relieve pain and complement the treatment.

Chiropractors approach disease from the point of view of the nervous system. When the vertebrae of the spine are out of alignment, nerve functions are disrupted bringing about increased muscle tension.

This loss of nerve function and increased muscle tension experienced undetected over a long period of time is generally thought, in chiropractic circles, to be the initiating factor that leads to the development of RSI.

The chiropractor detects vertebral displacement, either by touch or using instruments. He then adjusts the spinal bones to their correct positions thereby relieving stress on the nerves and restoring nerve function.

Rolfing is a deep tissue manipulation technique that frees holding patterns and chronic tension stuck in the body’s connective tissue – factors that can contribute to RSI.

Rolfers can work with the conditions of RSI in the body as they develop so that they so not reach the critical point where they become crippling to the person.
Rolfers usually work in a series of ten sessions with clients to improve their overall body posture, flexibility and support so that they expend minimal energy against gravity while going about their daily tasks. Beyond that, they also help clients with movement education.

The Feldenkrais Method is a gentle, non-invasive learning process that teaches a person to move more freely and easily and to carry less tension in the body.

When we go about our daily lives burdened with plenty of chronic unconscious tension built up from traumas and stresses, we set ourselves up for pain and injury, including RSI.

While the Feldenkrais Method does not treat a specific complaint like RSI, as such, it helps one to be more self-aware and to move in more efficient, less painful ways thus preventing further injury.

It is taught in group classes and workshops in an ‘Awareness Through Movement’ portion; and in individual lessons in the ‘Functional Integration’ phase.

The Alexander Technique is not a treatment in the traditional sense of the word. It is also not about learning good posture. Rather it is about unlearning bad habits that we are not even aware of.

We all had good posture to begin with: easy, relaxed ways of being before civilised living so rudely interrupted and urged us to stand up straight and sit up straight, among a host of other things. These bad habits lead to muscular tension, which is a big contributor to RSI.

Qualified teachers teach the Alexander Technique in individual or group settings. Each lesson could last between 30 and 45 minutes. Students typically take about 20-40 lessons for the first few lessons, returning for refresher classes from time to time.

One response to “Extended Use of PC Can Lead to RSI”