Browse: Home / At the Crossroads of China and Russia

At the Crossroads of China and Russia 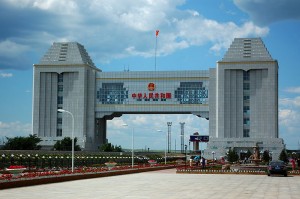 “Let’s meet at the Aubao” is a well-known Mongolian folk song that tells the tale of a young man patiently sitting beside an aubao, waiting for his girlfriend under a beautiful moonlit sky.

Just as aubaos which are stone piles that serve as signposts in the vast, constant Mongolian grasslands, became popular rendezvous spots for star-crossed lovers; the city of Manzhouli has thrived on its position as the meeting point for much of China’s cross-border trade with Russia.

Tucked just 9 km away from the Russian border in the far north-eastern corner of China’s Inner Mongolia Autonomous Region, Manzhouli combines the best of east and west. Bulky Russian traders mingle with entrepreneurial Chinese and adventurous travellers to give the city a dynamic, free-wheeling flavour. Bartering and cross-border trade are the order of the day here.

Manzhouli was originally established as a station along the Trans-Manchurian railway in 1901. For more than a 100 years now, it has been the first stop in China along the train’s epic journey from Moscow to Beijing. The Trans-Manchurian link, which ends in Beijing, branches off from the famous Trans-Siberian railway built by the Russians to connect Moscow with their far flung Pacific port of Vladivostok. 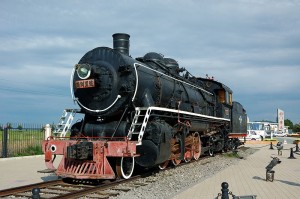 Thanks to its strategic location, this small city of about 200,000 people ranks as China’s top inland port of entry. With its convenient transportation facilities and its designation as an open city along the Sino-Russian border, Manzhouli on a typical day is full of tourists and traders from Russia, who cross the border to buy goods that include clothes, items for daily use, fruits and building materials.

But it is not just a one-way street, and shoppers can find luxury items from across the border in the shops in Manzhouli. Many shopping venues like the North Market on Wudao Street and the Manzhouli Mutual Trade Tourist District cater to the Russian tourist. Closer to the Russian border, chaotic bazaars sell all sorts of Soviet paraphernalia like telescopes, Putin t-shirts and Stalin lighters – certainly a change from the Mao accessories that one finds in China.

The Russian influence is strong in Manzhouli. Visitors are sometimes surprised by the presence of so many Russian people and are delighted by the availability of authentic western cuisine that is a departure from standard Chinese fare. Many Russian emigrants settled here after the Bolshevik Revolution of 1917 and left their legacy in the Russian architecture and restaurants, the war graves in the center of the city that are marked with a red star, sickle and hammer, the open pit mines and the steam locomotives.

It’s not just the shopping and the city sights that are on offer here – nature beckons in the surrounding areas of Manzhouli. The city is a convenient starting point for visiting the verdant, unspoilt Hulun Buir grasslands – one of the greenest and most lush in China during the summertime. Tourists can experience traditional Mongolian life in the grasslands by spending the night in a yurt and partaking of a mutton banquet, while the more athletic can engage in horse or camel riding and try their hand at Mongolian wrestling.

Just 40 km south of Manzhouli is the pristine Hulun Hu or Dalai Lake, the largest lake in the province and home to a huge variety of wildlife. Every year more than 200 migrating bird species, including swans, gulls, cranes, wild geese, ducks and lovebirds, make their home here. Some of the birds that stop by are rare, which makes bird-watching at the lake an inspiring experience. 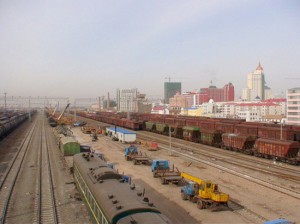 Paradise has never been closer. With brilliant blue skies, white fluffy clouds, clean crisp air and cool temperatures in the summertime, Hulun Hu is an ideal location for camping and unwinding in the company of nature. During the summer months, a small, impromptu resort springs up on the northern shores of the lake offering bird-watching and fishing activities for visitors to enjoy.

Today Manzhouli is a fast-expanding and prosperous city and many are starting to see the promise and potential that it holds. Among these are Shangri-La Hotels and Resorts, which plans to open a new 5-star hotel with 200 luxurious rooms in the city centre in late 2007, and Kerry Properties Ltd, which is developing a residential project next to the hotel.