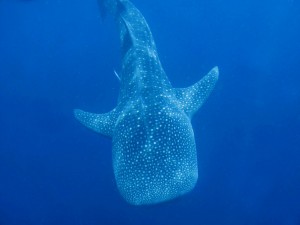 Two years ago when Vergil Lau went trolling in the waters around Hong Kong, he and his friends had the fortuity to spot a whale shark. It was roughly the same size as their 39-foot boat and it was beautiful. “All the colours were lit up,” describes Mr Lau, a recreational fisherman who runs the Po Kee Fishing Tackle shop in Sheung Wan.

The group happened to be looking out to sea when the whale shark surfaced and they watched in amazement as it broke the water. On another fishing trip, Mr Lau spotted big sea turtles with shells that were about three feet in circumference and yet another time he saw pods of pilot whales swim past his boat.

These types of sightings are a definite bonus for the itinerant fisherman out on a boat trip. “We have seen some wonderful stuff,” agrees Charles Frew, marine specialist with Asiatic Marine and a hobby fisherman. “We’ve seen marlins off the oil rigs and dolphins and whales, although these are not often sighted.”

Recreational fishing is a popular pastime in Hong Kong with about 580,000 people enjoying it at least once a year, according to a recent survey by the Agriculture, Fisheries and Conservation Department of Hong Kong.

As Hong Kong is surrounded by ocean, much of the fishing that takes place here is of the saltwater variety. It is not an uncommon sight to see the lone angler trying his luck at the numerous harbours, jetties and piers around Hong Kong.

Stanley, Lamma Island and Lantau Island are all good fishing locations as are the harbour areas of Kowloon and Hong Kong Island. But the best place to go, according to Mr Frew, is Sai Kung. “It’s the cleanest,” he says.

Boat charters are also available from places like Sai Kung and Shaukeiwan, which bring diehard fishermen further afield. Fishing gear and bait are usually provided on these trips and a popular offshore fishing spot is about 100 km or nine hours southeast of Hong Kong where the Xijiang gas rigs are located. 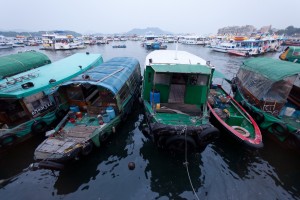 When the boat reaches the gas rigs, it drops anchor and remains stationary while the fishermen drop weighted hooks into the sea and wait for bites. On any typical trip, the participants usually fish non-stop for 24 hours, says fishing enthusiast Ivan Hemens.

Commercial trawlers are prohibited in this region which means plenty of fish for the recreational fisherman. “The underwater pipes create an artificial reef which attracts fish,” explains Mr Hemens. There are extremely good fish here, he adds, among them rainbow runners, snappers, garoupas and trevally.

The weather too affects the catch and the March to September period is known to be good for trolling, a method of fishing in which some form of lure or live bait is drawn on a line through the water.

This time of year is when the waters in Hong Kong are quite blue, as blue as those in the Mediterranean or the Caribbean, says Mr Lau. “Very clear, clean water is good for catching fish,” he adds.

Mr Lau is a member of a fishing club set up in Hong Kong more than 20 years ago by a sport fishermen who were interested in big game fishing and who wanted to enroll in fishing tournaments overseas. As members started to buy their own boats, they realised that there was some fishing to be had in Hong Kong and following the 97-handover, Chinese waters too became fair game.

Mr Lau and his friends have caught tuna, mahi-mahi, dolphin fish, sailfish, marlin and wahu while out trolling around Hong Kong. Part of the thrill of going trolling is the boat ride and being out at sea. “There is nothing else out there, just the sea and the horizon,” explains Mr Lau. “It’s like meditation.” 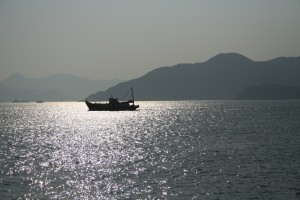 For the less hard core anglers, there is plenty of freshwater fishing within easy reach in Hong Kong. Paid ponds dot the countryside and are safe places to bring young children. In addition, the Water Supplies Department has opened 17 reservoirs to the public for fishing with licence during the non-spawning season from September to March.

Some companies are already doing their part to protect the ecosystem in Hong Kong’s waters. While out on a fishing trip, Asiatic Marine has a strict policy of keeping only one fish per person. “We need to return the fish to the sea,” says Mr Frew.