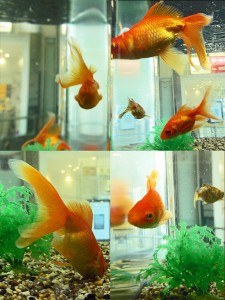 A woman walks into a Chinese Massage Therapy centre complaining of stiff and painful shoulders. The practitioner applies tuina, at first using gentle but firm kneading around the shoulders and working along the affected meridians in her arms to stimulate the chi and blood flow there.

Once the area relaxes and warms up, he applies deep, persistent techniques to the acupressure points followed by manipulations to increase mobility of the joints. He rubs vigorously with a herbal ointment to warm the channels and projects energy to balance her chi.

Primitive man instinctively relieved pain in his body by massaging it. In the absence of modern medicine and medical technology, the prehistoric human had to rely on instinct, and his hands, and it seemed only natural to rub and press on any painful areas.

Chinese martial artists, too, often used some rudimentary form of massage or manipulation as the most readily available form of treatment for the many injuries common in their sport. Leading martial arts exponents, like the legendary Wong Fei Hung, quickly became excellent physicians in their time.

The root of all massage lies in this instinct to manipulate away discomfort with our hands. Tuina, meaning “push-grasp” in Chinese, is an external bodywork technique that uses a series of pressing, tapping and kneading movements to remove blocks along meridian lines and promote the free flow of chi. It is used to treat or complement the treatment of various conditions and is particularly suitable for specific musculo-skeletal disorders and chronic stress-related disorders of the digestive, respiratory and reproductive systems.

Practitioners of tuina warn that it is not a “feel good” therapy. Instead, tuina tends to adopt a task-oriented approach that goes straight to the heart of the problem. Rather than a nice, relaxing massage, expect a tuina session to involve a significant amount of pressure and, possibly, pain. The effects, however, are well worth the effort as the body’s chi flow gets balanced in the process.

Details of tuina techniques and uses were originally documented in the “Yellow Emperor’s Classic of Internal Medicine”, a classic treatise on Chinese medicine written about 2,500 years ago. Tuina has been used extensively in China since then, and by the 6th century many Traditional Chinese Medicine (TCM) schools had recognised tuina as a separate department in their academic programs. Tuina is a complete healing system just like acupuncture and Chinese herbal medicine, which together make up the three major components of TCM. 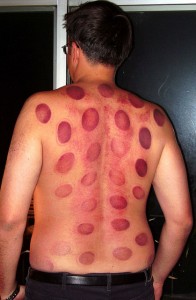 Many modern complementary therapies like shiatsu, deep tissue massage, acupressure, sports massage and lymphatic drainage are based on the principles of tuina, which is therefore sometimes referred to as the “grandfather of all massage”.

As with many other alternative healing modalities, tuina works on the concept of chi. The Chinese recognise a network of 12 paired meridians or channels in the body. One member of each pair appears on the right hand side of the body and the other on the left. In addition, there are two more unpaired channels that encircle the body and the head lengthwise in the middle, called the governing meridian and the conception vessel meridian.

Modern scientific research have proven the existence of these lines and confirmed the accuracy of the meridian maps that the Chinese drew up way back when the Yellow Emperor’s Classic of Internal Medicine was written.

Good health depends on these meridians being free of blockages so that energy can flow freely to all the organs in the body. Blocks interrupt the free flow of chi which, if left unchecked, will result in pain and illness.

At irregular intervals along these meridians are points that are receptive to external stimuli like pressure, needles as in acupuncture and heat which can affect the way the chi flows. These are the acu-points of acupuncture. An interesting outcome for many patients is that the effect of the treatment often manifests itself at a different point along the meridian than where the stimulus is being applied.

Tuina is an appealing healing method because it is drug-free. Other than the occasional use of ointments or oils to assist in reducing the friction during massage, tuina patients are not given any drugs or herbal concoctions to ingest, although advanced practitioners may combine Chinese herbs for quicker healing. Many practitioners also use the cupping technique after each session to ‘take away the wind’ or release accumulated toxins in the body.

As with any holistic healing strategy, tuina requires the patient to take an active role in his own healing and to practise a healthy lifestyle.