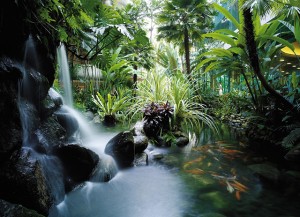 While every country in the Southeast Asian region is scrambling to secure a piece of the MICE action for itself, Singapore appears to be slightly ahead of the game.

MICE, short for meetings, incentives, conventions and exhibitions, is big business, with the Asia-Pacific region expected to attract over 100 million business travel and MICE visitors by 2015, up from 40 million in 2002.

Singapore, recognised for its safety and cleanliness, is leaving no stone unturned in its pursuit of a larger share of this market.

According to Aloysius Arlando, Assistant Chief Executive, Business Travel and MICE Group at the Singapore Tourism Board (STB), the board aims to raise the contribution from business and MICE visitors to at least 35 per cent of total tourism receipts, or S$10.5 billion, by 2015, up from the current 30 per cent, or S$3 billion.

Last August, the Singapore Exhibition and Convention Bureau (SECB), a specialist group of the STB, earmarked S$170 million, drawn out of the country’s S$2 billion tourism development fund, to help the local MICE industry submit competitive bids and win a critical mass of business events, under its Business Events in Singapore scheme.

In addition, the SECB launched a marketing initiative late last year, called the Corporate Outreach Programme, aimed at influencing the decision-making on corporate events among the more than 7,000 multinational corporations in Singapore.

The bureau also started a Conference Ambassador Programme last December to strengthen its relationship with individuals, mostly opinion leaders in their respective fields, who organise business events in Singapore on a voluntary, non-professional basis.

The SECB further practices a Strategic Cluster Approach which it defines as creating, attracting and growing business events that are centred around the nation’s key economic clusters such as biomedical sciences, ICT and digital media, environment and water technologies, banking and finance, transportation and logistics and tourism.

This well thought-out and broad-based approach has been reaping rewards for Singapore. It has hosted some of the world’s most prestigious events including the World Economic Forum Asia Roundtable and the 117th International Olympic Committee Session in 2005, 2006 Annual Meetings of the Board of Governors of the International Monetary Fund and the World Bank Group (Singapore 2006) and the Forbes Global CEO Conference 2006 last year. 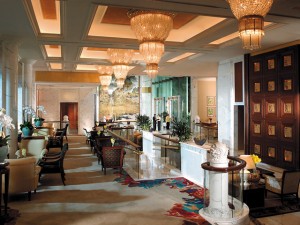 This year, Singapore has played host to the Asean Tourism Forum and will welcome an estimated 18,000 foreign delegates to the Herbalife Asia Pacific Extravaganza in July, just one of many MICE events that it has lined up.

Singapore was ranked second in the world after Vienna as the city that had the highest number of international meetings and the top convention city in Asia by the Amsterdam-based International Congress and Convention Association in its global rankings for 2005.

“Singapore is definitely one of the best MICE destinations within the region. In my personal opinion, it could possibly be the best,” declared Thierry Douin, Area Manager and General Manager of Shangri-la Hotel in Singapore.

For the Shangri-la group, MICE is a key market segment accounting for nearly 20 per cent of its total business in Singapore last year. “Relentless efforts have been made to keep the hotel’s MICE facilities relevant to the changing needs of today’s discerning travellers,” said Mr Douin.

Recently the hotel fitted out its ballroom with the latest intelligent lighting system, audio equipment and specially commissioned artworks, to the tune of S$7 million, and also put in the fastest bandwidth broadband internet access for a Singapore hotel.

When the republic’s integrated resorts open their doors, the entire MICE landscape there is expected to undergo a major transformation. Marina Bay Sands, scheduled to open in 2009, will add 100,000 sq metres of MICE space that will include a 9,200 sq metre column free grand ballroom that will be one of the largest in Asia.

Over the causeway, neighbouring Malaysia is also gearing up to corner a bigger chunk of the MICE pie. “Malaysia is increasingly becoming a choice venue for MICE and the industry continues to look competitive,” said Farizal B Jaafar, Group Director of Marketing at Sunway Resort Hotel and Spa, which provides an integrated ‘resort within a city’ for MICE events.

As a convention venue partner of Tourism Malaysia, The Sunway Resort Hotel and Spa together with the Sunway Pyramid Convention Centre offers over 10,000 sq metres of meeting space and 50 meeting rooms. It is complemented by a theme park with water and dry park attractions and a shopping and entertainment mall.

At last September’s Global Meet Malaysia 2006, a joint effort by Tourism Malaysia and national carrier Malaysia Airlines to market the country as a MICE destination, Tourism Minister Datuk Seri Tengku Adnan Tengku Mansor said that about 20 per cent of the ministry’s 2007 US$60.17 million advertising and promotional budget will be allocated for MICE promotions.

The nation, which is celebrating its 50th year of independence and its third ever Visit Malaysia Year this year, has lined up a series of events and festivities to entice MICE visitors, including new ones like the Malaysia International Aerospace Exhibition in Kuala Lumpur in June, the World Music Festival in Penang in July, the World Lion Dance Invitation in Genting Highlands in August and old regulars like the Formula 1 Grand Prix.

Malaysia has the infrastructure necessary to cater to an increase in MICE arrivals, expected to double this year to 10 per cent of tourist arrivals, Tengku Adnan said, adding that the country was out to capture US$1 billion of the US$30 billion worldwide MICE market. 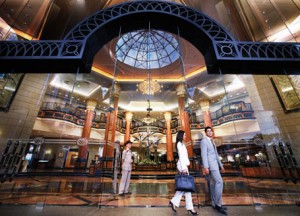 Already on the MICE calendar for Malaysia are several significant conferences and exhibitions including the Air Cargo Forum 2008, World Congress on Information Technology 2008 and the World Gas Conference 2012.

For the MICE delegate with time on his hands, Malaysia offers multicultural and colourful things to see and do. “From people and food to sights and sounds, Malaysia is a unique melting pot in Asia,” said Mr Farizal.