Published in The Dress Circle February 2007 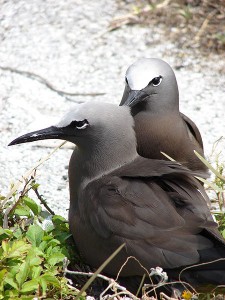 Birdwatchers love the inclement weather. Physical discomfort and difficulties with photography aside, squally skies tend to bring along with it exciting bird-watching opportunities. “The bad weather is good for bringing birds to Hong Kong; its good for birdwatching,” said Mr Yu Yat Tung, a record committee member of the Hong Kong Bird Watching Society.

It was during the approach of the typhoon last May that a bird lover spotted the brown noddy, a seabird from the tern family, for the first time in Hong Kong. The seabird was seen on the south-lying Po Toi Island. Fellow birdwatchers were surprised that the finder was even on Po Toi at the time, because the weather conditions then were very dangerous.

The brown noddy is one of several ‘new’ birds spotted in Hong Kong last year. While in the past decade an average of two to three new bird species per year are sighted in Hong Kong, seven new birds had already been spotted in the first six months of last year.

These were the ruddy kingfisher, the rosy pipit, the Narcissus flycatcher, the sulphur-breasted leaf warbler, the orange-breasted green pigeon, the Chinese song thrush and, of course, the brown noddy. Most of these birds were spotted on or near Po Toi Island.

The exhilaration among bird watchers when they chance upon a new bird is infectious. Mr Yu described the orange-breasted green pigeon found on Po Toi as “special”. “It was  really unexpected to see it in Hong Kong. No one knows the migratory route of this pigeon,” he said.

While it has been recorded in Hainan Island, birdwatchers could not find any other records closer to Hong Kong, he elaborated. “We were very pleasantly surprised. I’m lucky I was on Po Toi the day the bird was sighted. I saw the bird as well and made the identification,” Mr Yu added.

No one knows for sure why more bird species are now being observed in Hong Kong. Some experts believe that global warming may be partly responsible for the changes in bird migration patterns, affecting not only their routes and destinations but also their length of stay in a particular place.

When birds migrate they often need to break their journey at staging posts where they can have a rest and re-fuel for the flight ahead. Hong Kong has several locations that are attractive to birds for this purpose, including the Mai Po Nature Reserve, Po Toi Island, Tai Po Kau Nature Reserve and Long Valley.

The Hong Kong Bird Watching Society believe that the new sightings were thanks, in part, to the dedication and keen observation of birdwatchers. “We don’t know how much we missed in the past. Maybe the birds were there but we did not see them,” said Mr Cheung Ho Fai, chairman of the society. Nature trundles on regardless of whether man is watching.

While some new birds may have been overlooked in the past, the environment in Hong Kong too has changed significantly over the last 20 to 30 years with the government planting more forest trees, added Mr Cheung. This, he explained, could be attracting forest birds that had previously disappeared from Hong Kong, back to her shores.

Man’s efforts have, indeed, been paying dividend. Over at Long Valley, the Hong Kong Bird Watching Society has been working with the local farmers to enhance the ecological value of the agricultural field there. They leave some crop behind on the land as food for birds – a practice that makes birds stay longer. It was here at Long Valley that the rosy pipit was spotted for the first time in Hong Kong last June. 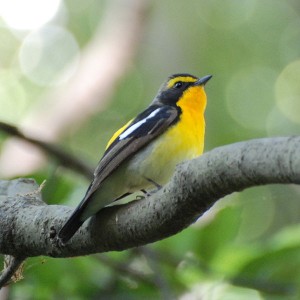 It’s not just the environment in Hong Kong that has changed. Mr Cheung pointed out that when neighbouring Shenzhen developed from a small village and farmland into the bustling city that it is now, the habitat for many birds was destroyed. A lot of these birds escaped to Hong Kong, taking refuge in the Mai Po Nature Reserve nearby.

Birds that land on foreign shores for the first time are sometimes lost. Young birds, in particular, have a tendency to fly around and sometimes end up following a different bird species. When birds realise that they are lost they are likely to turn around and fly back and land in the first suitable location they chance upon.

When new birds are spotted for the first time, it is unlikely that they will immediately affect the biodiversity of the place. However over time, some birds have changed from becoming rare species to resident ones, like the pygmy wren babbler, first recorded in 2001 and now quite common in the Tai Po Kau Nature Reserve; and the lesser short wing, first spotted in 2000 now resident in Central Park in the Tao Mo Shan area.